Galen McNamara, CEO, stated: “Each time I visit the property I am reminded of its potential and my recent visit was no exception. On this visit myself and Chris York, VP Exploration, were able to access the Last Chance Mine. We have now begun sampling the uppermost level of the mine and are pursuing potential access to the lower levels of the mine via an intact winze. Additionally, drilling is on-going at the Consolidated Extension target where we are pursuing well-known extensions to mineralization in the Consolidated Mine, the last mine to stop producing in the district at the start of World War II.” 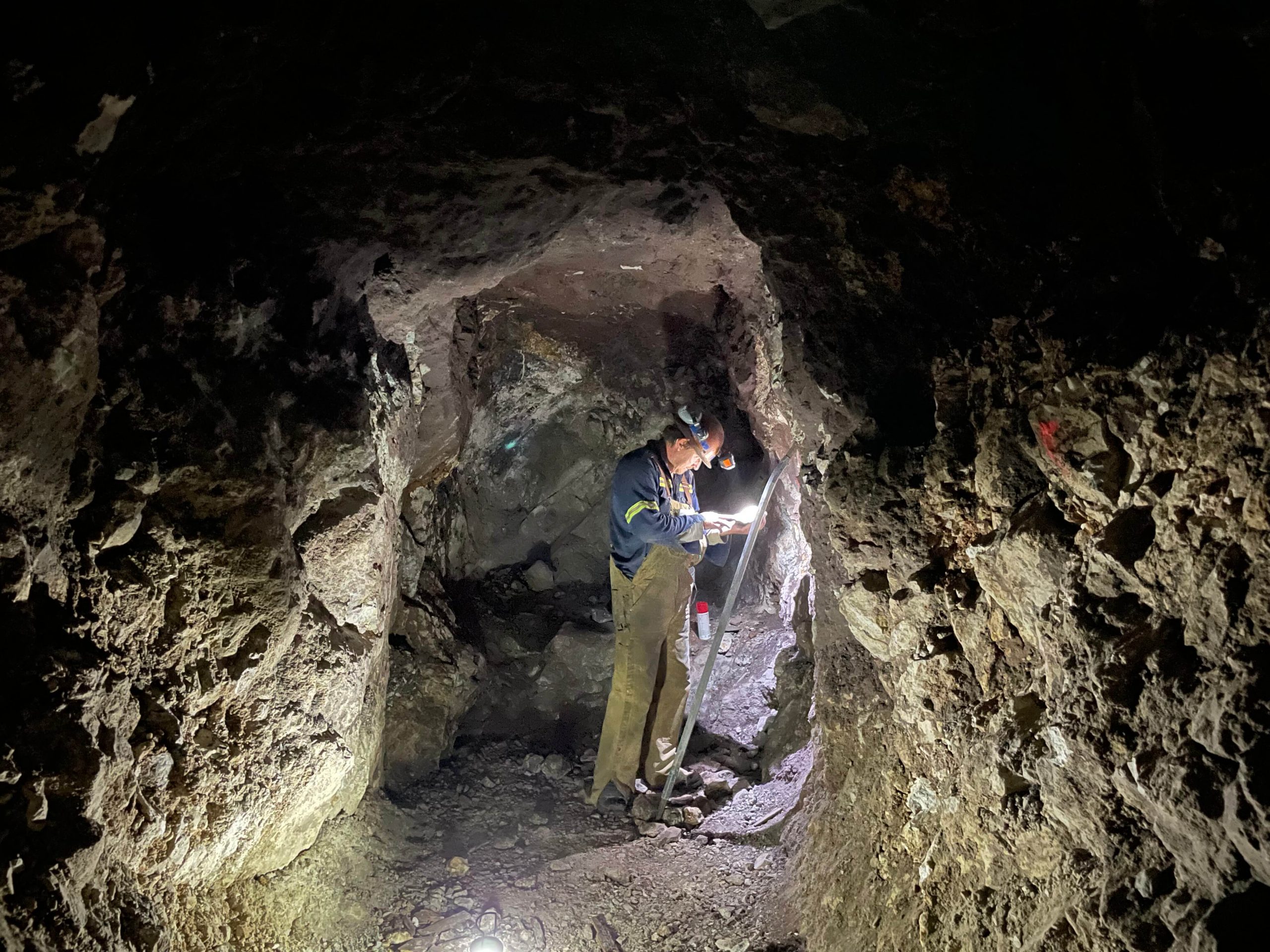 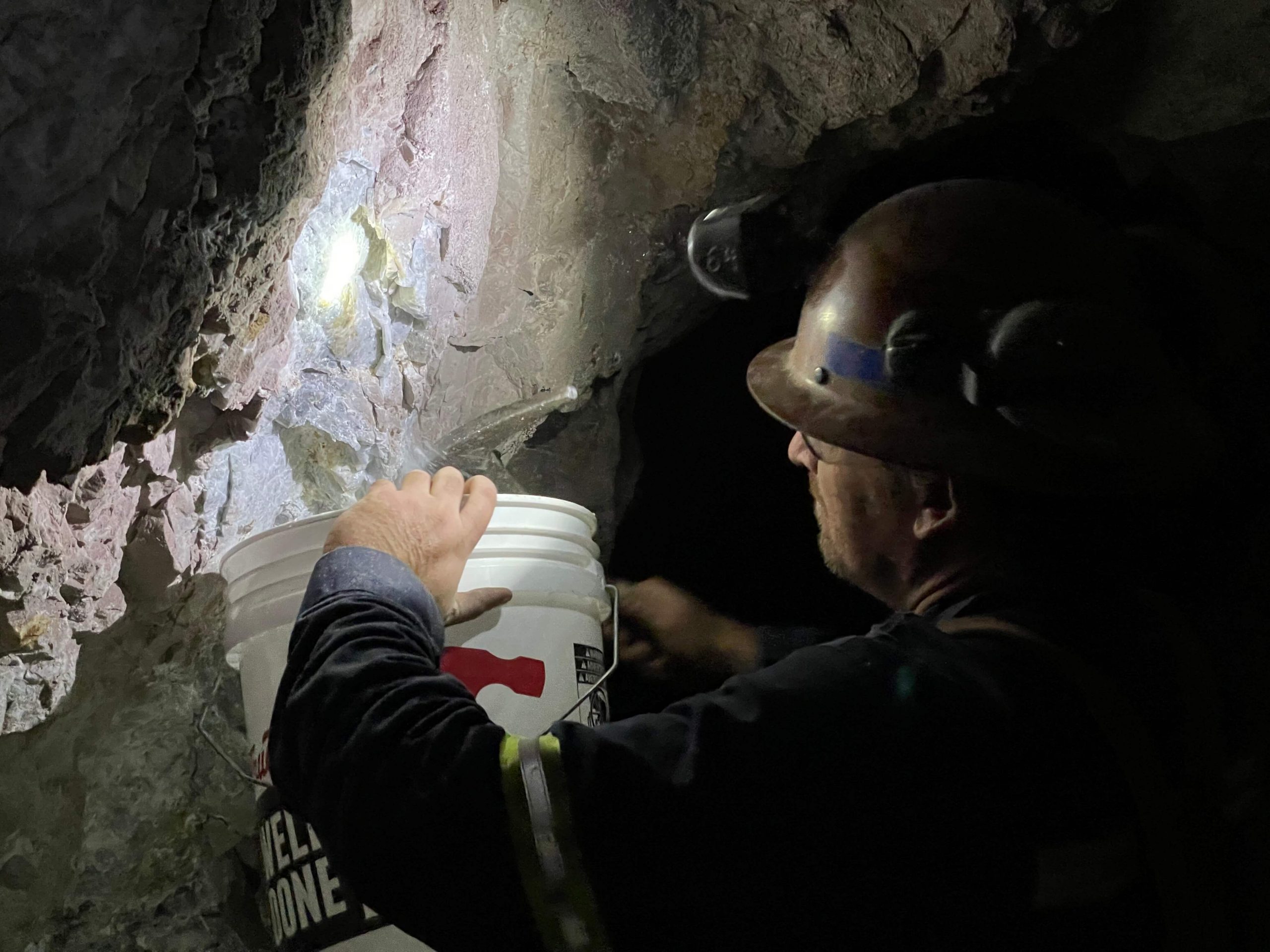 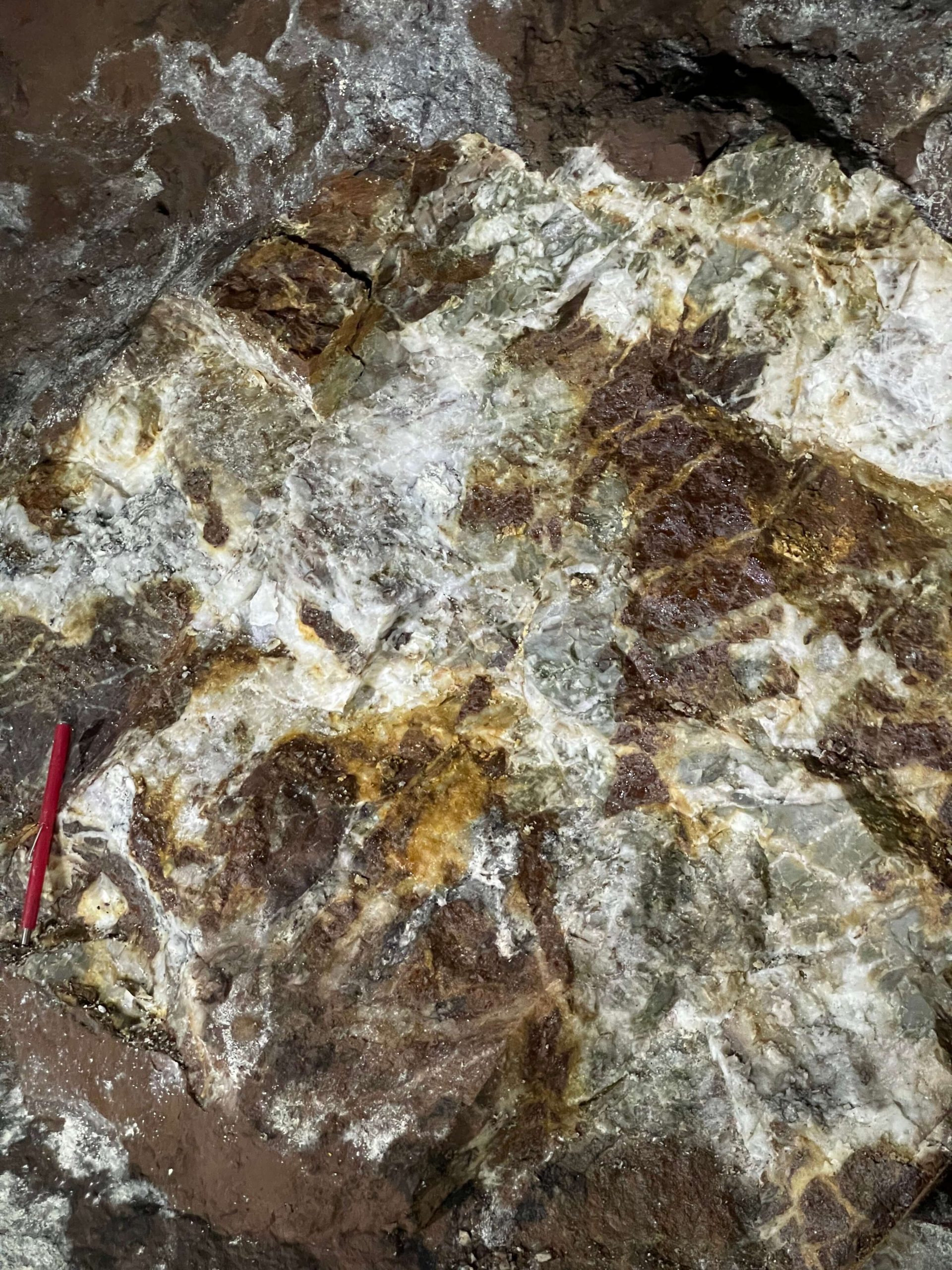 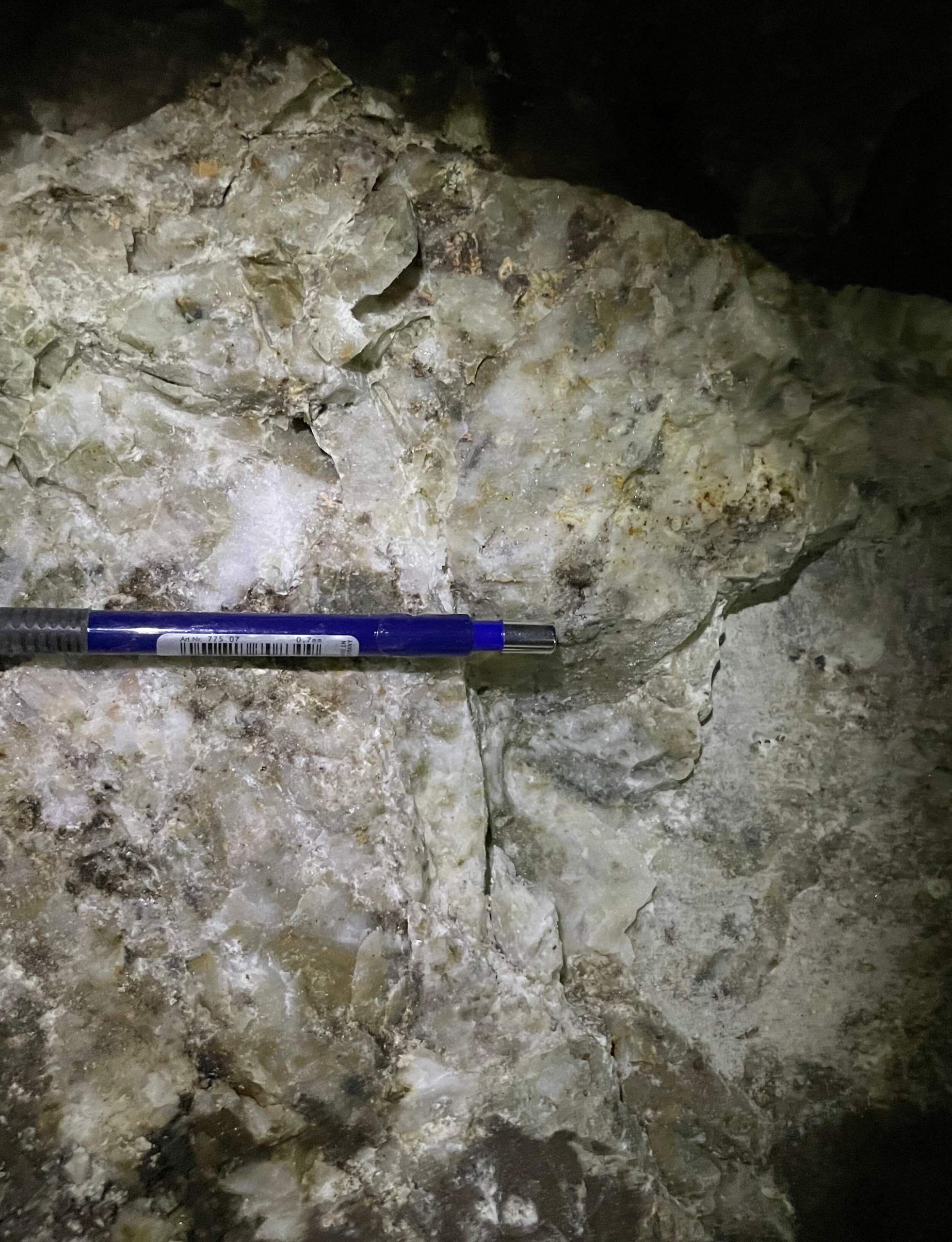 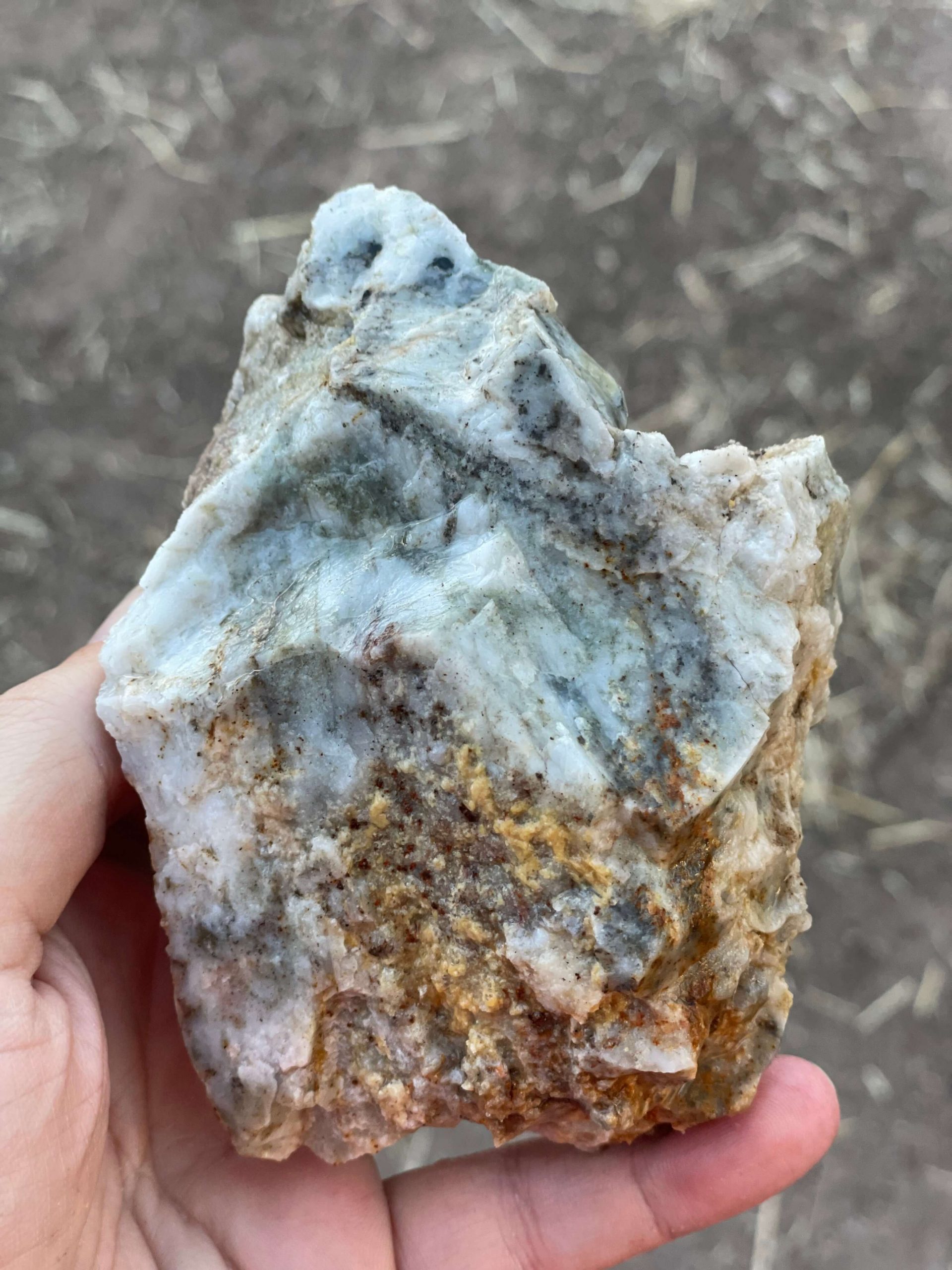 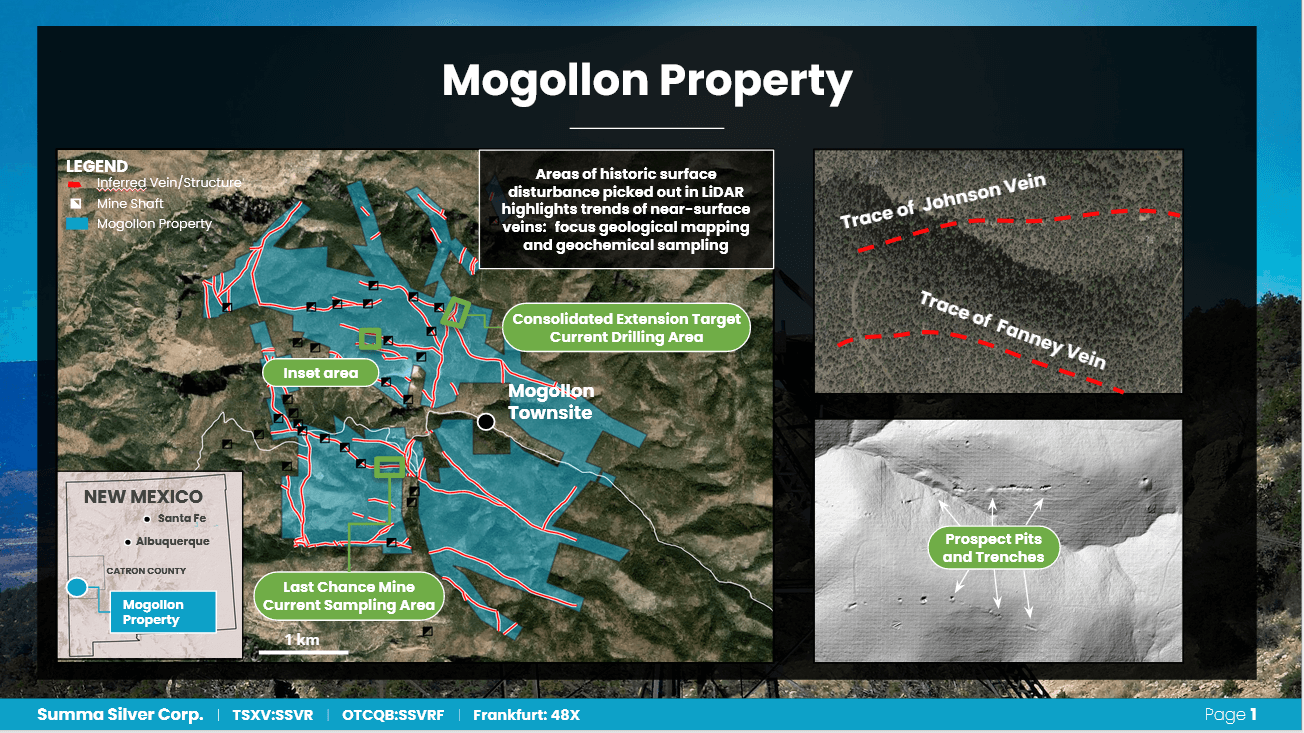 Ongoing work at the Mogollon Property

Over 350 areas of historic mining and exploration-related surface disturbances have been identified in the LiDAR data across the Mogollon Property. Many of these areas (e.g., pits, adits, trenches) fall along prominent east-west or north-south trending orientations interpreted to be delineating the locations of structurally hosted, epithermal-related veins. The north-south trending Queen fault, host to the high-grade Queen Vein, is also defined in the high-resolution magnetic data as a prominent break in magnetic response. This fault truncates numerous east-west oriented lineaments interpreted to be major, ore-controlling faults (e.g., Fanney, Maude). Many of these magnetic lineaments are also coincident with trends in historic surface disturbances. In some cases, trends in surface disturbances extend well beyond where historic mining records indicate mining was terminated (e.g., Fanney). These potential high-level vein extensions, as well as other outcropping vein occurrences are currently being investigated through detailed structural and geological mapping and rock-chip sampling across all vein occurrences. To date, 326 rock samples have so far been collected for geochemical analyses.

Additionally, the Company has initiated a property-wide soil survey. The goal of this survey is to generate new exploration targets by focusing on pathfinder element anomalism known to be associated with Mogollon-style epithermal-related, high-grade silver and gold mineralization. Samples will be analyzed using a tailored portable Xray fluorescence spectrometer (pXRF) workflow to measure elemental concentrations from prepared sample mounts in the field.

The property-wide, high-resolution LiDAR (light detection and ranging) survey was conducted by Pioneer Exploration Consultants Ltd. of Saskatoon, Canada. The helicopter-based, 29 km survey was designed to map the topography of the property.

The property-wide, drone-based magnetic geophysical survey was also conducted by Pioneer Exploration Consultants Ltd. of Saskatoon, Canada. The survey footprint covered the entire Mogollon property and consisted of 440 line kilometers at an average height of ~45 metres above ground. Lines consisted of 50 metre spaced north-south oriented lines and 100 metre spaced east-west oriented lines. The purpose of the property-wide, magnetic geophysical survey was to provide additional insights into the orientations and strike-extent of property-scale structures.

The Last Chance Mine is located on the southwestern portion of the property. Completed records of historic production volumes and grades are unavailable. However, historic records do show that a 40-stamp mill of 200 ton per day capacity existed at the mine site until at least the 1920’s and mining occurred from at least 7 zones of mineralization¹.

The east-west trending Last Chance Vein has a strike length of at least 1.5 km on the property and historic maps show that underground development has been undertaken on at least four levels. The Company has so far been able to access the mine via an adit into the uppermost level at an elevation of 2,080 m above sea level (the “2,080m level”). Lower levels of the mine appear to be accessible by an inclined shaft which tops-out at the 2,080m level. Company geologists will begin by systematically sampling the Last Chance Vein on the 2,080m level before investigating access to the lower levels of the mine. On the 2,080m level a drift traverses the Last Chance Vein over a strike length of approximately 100 m. The vein in this location is at least 2m wide (i.e. the width of the drift) and commonly features visible Ag-sulfosalt minerals on fresh surfaces.   It is anticipated that as property-scale investigations continue, access will be gained to other historic mines for additional sampling.

The 2,467-acre Mogollon Property is located in the historically prolific Mogollon mining district of southwest New Mexico, approximately 120 km north of Silver City. Numerous underground workings have exploited high-grade gold and silver veins from three primary mines; Fanney, Last Chance and Consolidated. Mining ceased in 1942 and the district has since been largely inactive besides a few exploration drill programs in the 1980s and in 2010; totalling 15,600 m. The property hosts approximately 34 km of near-continuous epithermal-associated veins and faults where only 1.7 km of those veins and faults have been drill tested. The Mogollon Property therefore offers a unique opportunity to build high-grade ounces near historic past-production while systematically exploring for new discoveries using modern techniques.

The technical content of this news release has been reviewed and approved by Galen McNamara, P. Geo., the CEO of the Company and a qualified person as defined by National Instrument 43-101.

Summa Silver Corp is a Canadian junior mineral exploration company. The Company has options to earn 100% interests in the Hughes property located in central Nevada and the Mogollon property located in southwestern New Mexico. The Hughes property is host to the high-grade past-producing Belmont Mine, one of the most prolific silver producers in the United States between 1903 and 1929. The mine has remained inactive since commercial production ceased in 1929 due to heavily depressed metal prices and little to no modern exploration work has ever been completed.

ON BEHALF OF THE BOARD OF DIRECTORS

This news release contains certain “forward looking statements” and certain “forward-looking information” as defined under applicable Canadian and U.S. securities laws. Forward-looking statements and information can generally be identified by the use of forward-looking terminology such as “may”, “will”, “should”, “expect”, “intend”, “estimate”, “anticipate”, “believe”, “continue”, “plans” or similar terminology. The forward-looking information contained herein is provided for the purpose of assisting readers in understanding management’s current expectations and plans relating to the future. These forward‐looking statements or information relate to, among other things: the release of assays, and the exploration and development of the Company’s mineral exploration projects including completion of surveys and drilling activities.

Forward-looking information is subject to known and unknown risks, uncertainties and other factors that may cause the actual actions, events or results to be materially different from those expressed or implied by such forward-looking information, including but not limited to: the requirement for regulatory approvals; enhanced uncertainty in global financial markets as a result of the current COVID-19 pandemic; unquantifiable risks related to government actions and interventions; stock market volatility; regulatory restrictions; and other related risks and uncertainties.

Forward-looking information are based on management of the parties’ reasonable assumptions, estimates, expectations, analyses and opinions, which are based on such management’s experience and perception of trends, current conditions and expected developments, and other factors that management believes are relevant and reasonable in the circumstances, but which may prove to be incorrect.